It’s that time of year! End of term performances/Holiday shows. In America, we call it all sorts of things – typically very careful not to call it a Christmas show – even though that’s exactly what it is. In the good ole US of A, there shouldn’t be any overt religious favoritism at school. Every religious celebration/ceremony should be treated with equal reverence and/or celebration. Not that it ever is. Here, there’s no pretense of equality between religions. They just call it what it is: A Christmas Celebration.

In all of the other correspondence about this show, it was referred to as the Nativity in the Hall. I’m still not really sure what that means but I had visions of the kids lined up in the twisted hallways of their school acting out various parts of the nativity like some kind of wax museum. Instead, what I got was a show that was strikingly similar to that scene in Love Actually (Minus the full band and excellent singing..and the octopus) where there’s just loads of children on stage singing and carrying on with some British humor thrown in.

When we’ve talked to other people about this blatant recognition of Christmas reigning supreme in the school performances, they’re shocked to find out that we DON’T have performances that strictly celebrate Christmas. Separation of church and state, I remind them! One of the basic principles of the beginnings of America!

In any case, we enjoyed watching Brooks sing and dance on stage and enjoyed his practicing at home even more. 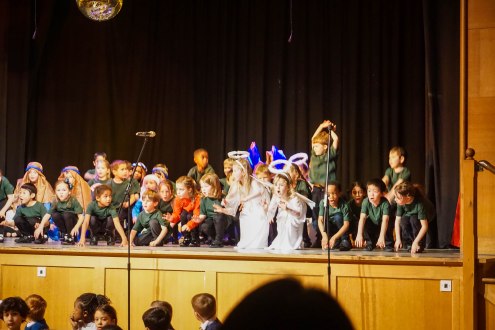 Mia also had a performance of sorts this week. All of the parents were invited to a sing-a-long with the kiddos. I know that Mia has been working on her songs at school and she sings them to herself at home as well. I was pumped to see her perform with her little friends. Sadly, once all of the parents walked into the room, the kids clammed up! All of them, Mia included, just sat in their parents’ lap while the grown up sang along. They were mostly familiar songs but there were a couple that I’d never heard before like, Santa got Stuck up the Chimney. Fairly anti-climatic.

Mia did go on her first field trip this week though! The kids went to a nearby Santa’s Grotto where she actually sat on his lap and talked to him and fed reindeer carrots! Looking forward to getting pictures of that trip!

Rounding out the week was Brett’s company Christmas party. Like whoa. These people are serious about their Christmas parties. It was in a convention center with an MC and horrid band/DJ. The women were dressed to the 9s and there were several men in kilts. The crowd got excited about the MOST BIZARRE things. There was a huge uproar over Antlers and Tails. Yes; it is exactly what you think it is. Exactly like heads or tails but you make the sign for each thing before the “flip” is placed on the wall for all to see. There’s an eventual winner of this masterful game of skill. There was also a limbo competition!

There were some traditional Scottish dances that had me incredibly dizzy by the end as well as songs from the movie Grease. Somehow these Scots mimic the American movie perfectly while also maintaining a British twist to the whole thing. It is so hard to explain!

As is typical for me in a loud place, I was just a beat behind translating Scots into American English and didn’t feel like my full self for a bit. I’m guessing that booze slows down their speech a bit because I understood more by the end of the night even though I know for certain that my mental capacity didn’t speed up, ye ken? 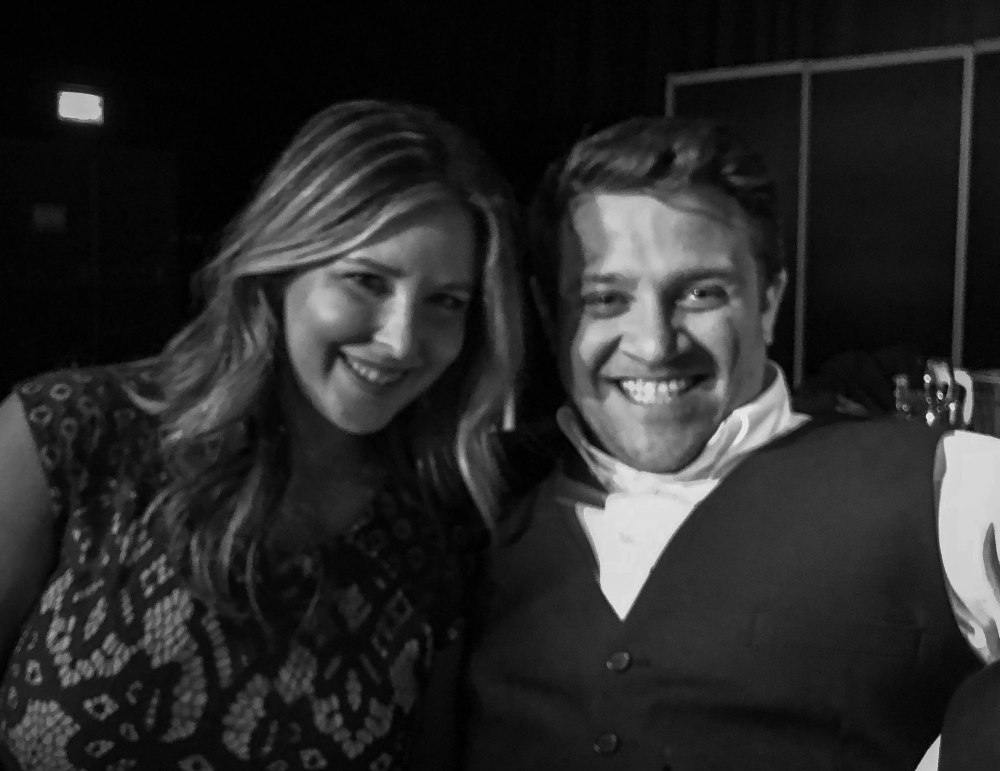 We are rolling into our last week of school & nursery for 2018! And soon after we’ll be on our way home for the first time in 6 months. We are looking so forward to seeing all of the people we love!